You are here: Home » About Us » Fort Wainwright Utilities

Central Heat and Power Plant (CHPP) and Heat Distribution System (HDS). The Fort Wainwright HDS includes all steam distribution piping, condensate return piping, condensate pumps, steam traps, pressure reducing valves, expansion joints, and the entire extent of the FWA utilidor system. The CHPP is a coal-fired plant that generates steam and electricity to meet the heating and electricity demands of the base. The CHPP is a six-story plant facility. The CHPP plant currently has 20 MWe installed capacity, but only 18 MWe effective capacity.

The CHPP has six identical boilers; each of the boilers is a 150,000 pounds per hour (pph) Wickes Boiler that generates superheated steam at 435 pounds per square inch gauge (psig) and 650 degrees Fahrenheit (°F). The design boiler efficiency at maximum continuous rating is 81.2 percent. The superheater is rated for 125,000 pph steam at 650°. The CHPP receives 75 percent return of condensate from the FWA condensate return system. The CHPP uses a Westinghouse Distributed Control System (WDPF) installed around 1996. Current planning will involve a major upgrade to the electrical and boiler control systems at the CHPP.

The steam system has 24-inch and 16-inch steam mains supplying 100 pounds per square inch gauge (psig) steam from CHPP. Most steam and condensate pipes are installed inside a concrete tunnel network (utilidors) connecting the various buildings; a portion of the steam system is direct buried. Most of the system was built in the early 1950s, with many upgrades and additions over the years. The original steam system had asbestos insulation; when upgrades are made to the system the old asbestos insulation is abated and replaced by non-asbestos insulation. The HDS consists of approximately 23.3 linear miles of steam distribution lines in utilidors, with another approximate 5.9 linear miles of distribution lines being direct-buried.

Utility systems within the utilidors network include steam supply and condensate return, water distribution, wastewater collection, hot water supply and return, and glycol supply and return systems; any given section of utilidor may have various combinations of these systems. In addition, low-voltage electrical and communication systems can be found in limited quantities in some portions of the utilidor. FWA utilidors are typically an underground concrete tunnel with cast-in-place reinforced concrete floor and walls and pre-cast reinforced concrete top. Working in the utilidor in those areas requires adherence to all health and safety procedures for working with Asbestos Containing Materials (ACM) as well as confined space.

Potable Water Distribution System. The Fort Wainwright Potable Water Distribution System includes: treatment equipment, pumps, ancillary structures, fire hydrants, valves, meters, and piping. Water wells are the source for all potable and non-potable water at FWA. FWA currently has no interconnection to any other potable water supply, however Doyon Utilities intends to look at the feasibility of a Golden Heart Utilities Doyon Utilities interconnection. FWA has 19 raw water supply wells, with two primary source wells for the water plant and two backup supply wells to the water plant. Five wells are classified as fire protection wells and provide water for fire protection use during a fire demand condition. These fire flow wells pump chlorinated water directly into the water distribution system. Most of the fire hydrants located throughout FWA are connected to the potable water distribution system.

There are approximately 36.7 miles of pipe within the system (30.4 miles in Utilidors and 6.3 miles direct bury)

Wastewater Collection System. The Fort Wainwright Wastewater Collection System includes: lift stations, manholes, force mains, and gravity piping. The wastewater generated at FWA flows through the gravity collection lines to the southwest corner of FWA. Near the southwest corner of FWA the wastewater travels under Richardson Highway to a Golden Heart Utilities (GHU) lift station. The lift station and meter are owned and maintained by the GHU and are not part of the FWA wastewater system. There are 29 lift stations located throughout FWA. All lift stations have local control systems that operate pumps on and off based on the water levels in the wet well and local alarms. At FWA approximately 69 percent of the wastewater lines are located in an underground utilidor. The direct buried lines (31%) are laid deeper and are of large diameter so they do not freeze. The wastewater collection system consists of 24.2 miles of sewer lines. 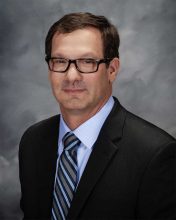