You are here: Home » About Us

In 2007, Doyon Utilities, LLC  (DU) was awarded three 50-year utility privatization contracts for Forts Greely, JBER Richardson and Wainwright in Alaska.  Following the transition period, in August of 2008, DU officially took over ownership, operations and maintenance of the twelve utilities the contracts encompass.  These contracts are both the largest and most complex ever awarded by the Department of Defense.  Following is a list of the individual utilities acquired in the privatization:

The original acquisition value of these utilities was $110 million (this number has recently increased to $250 million with additional transfers by the government), with a capital expenditure plan of nearly $400 million in the first five years.  Doyon’s parent companies have the financial backing to undertake large privatizations and the ability to raise the necessary capital to renew and replace aging systems.

Under the privatization contract, Doyon Utilities assumed direct ownership of twelve utility systems at three US Army bases and operate these under a 50-year utility contract, with associate utility easements. Doyon Utilities became a regulated utility in Alaska at the title transfer date, and as such will operate under a conventional cost-of-service rate base form of rate regulation.

Lou Florence was appointed President and CEO of Doyon Utilities, LLC in fall 2019. He works with Doyon Utilities’ Management Committee to provide corporate leadership as well as oversight for day-to-day operations. 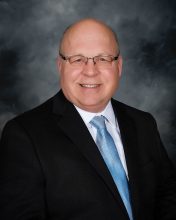