You are here: Home » About Us » Fort Greely Utilities

Doyon Utilities employees a seasoned crew of utility fitters, electrical workers, plant operators and mechanics at its Fort Greely site.  Employees are certified by the state of Alaska at the appropriate certification level for the utility systems they work on.  DU’s Fort Greely site operates four separate utilities on the Post:

Electrical Distribution System (EDS). The Fort Greely EDS includes overhead and underground distribution feeders, associated equipment, and street lighting. Electric power for FGA is normally purchased by the installation from Golden Valley Electrical Association (GVEA).  When GVEA is unable to provide power, or if the installation needs to disconnect from the local grid for any reason, DU can meet the installation’s energy demands with backup diesel generation.

Central Heat and Power Plant (CHPP) and Heat Distribution System (HDS).  Heat to Fort Greely’s buildings is provided by steam boilers located in the Central Heat and Power Plant (CHPP) and distributed through underground utility corridors, known as utilidors.  The utilidors include the installation’s water and sewer lines, which are provided freeze protection by the residual heat from the steam and condensate lines.  FGA has about three and a half miles of utilidors, including both main utilidors and service utilidors.  Heat to the buildings at Allen Army Air Field is provided by a separate boiler system that is located near the air field.

Potable Water Distribution System.  Fort Greely’s water is supplied by an underground aquifer that is recharged from the Delta River and Alaskan Mountain Range winter snow melt.  The water is treated before distribution throughout the four-and-a-half-mile system.  Water to Allen Army Air Field is treated and distributed by a separate water treatment and distribution system at the air field. Doyon Utilities adheres to strict drinking water standards and testing with oversight by the Alaska Department of Environmental Conservation (ADEC) and the Environmental Protection Agency (EPA).  The results of our water quality testing program have consistently met or exceeded the state and federal drinking water requirements.

Wastewater Collection System.  Fort Greely’s wastewater is collected and treated by DU facilities on Post.  Wastewater is treated using an Imhoff-style tank, lagoons, and a chlorine disinfection system.   Some locations on the installation that are not connected to the centralized system use septic systems. Doyon Utilities adheres to strict wastewater discharge standards and testing and is permitted by the Alaska Department of Environmental Conservation (ADEC) with oversight by ADEC and EPA compliance programs. 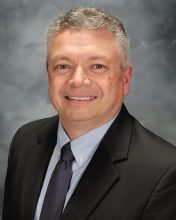