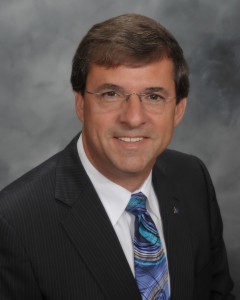 Dan Gavora was appointed President/CEO of Doyon Utilities, LLC in August 2009. For the nearly 10 years before joining Doyon Utilities, Dan provided direct oversight as the President/CEO of Fairbanks Sewer & Water, the second largest water and wastewater utility in Alaska. Dan, a hands-on manager, has a strong background in labor negotiation and business administration and maintains a tremendous rapport with the workforce within his companies. Dan’s experience prior to entering the utility industry was in the retail grocery business where he held various management positions to include the Director of Merchandising and Vice President of Advertising overseeing stores in three of Alaska’s largest communities. Dan is active in the National Association of Water Companies and the American Water Works Association. Dan currently serves as Board Chairman for Denali State Bank, and is a member of the Alaskan Command’s Civilian Advisory Board. Dan holds a Bachelor’s degree from the University of Colorado in Business Administration and a major in Finance.