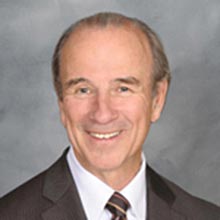 Andrew Warwick, a graduate of the University of Alaska, and a CPA, has demonstrated leadership both at local and statewide levels in both public and private sector responsibilities. Mr. Warwick has worked as a practicing CPA for over thirty years, served as Chair of the Board of Directors of Fairbanks Sewer and Water, Inc. since its inception in 1995, and has been a member of the Doyon Utilities LLC Management Committee since its inception in 1997. Mr. Warwick is a former State Legislator, and State of Alaska Commissioner of Administration. In addition he has served nine years on the Fairbanks School Board, two terms on the State Board of Education, and six years as Chair of the Alaska Natural Gas Development Authority.